A fellow teacher and his wife are expecting a their first child together in a couple of months. We attended their baby shower last weekend at a local park. The weather was beautiful and the event was festive. The last baby shower I attended was my own so it was definitely nice being a wallflower this time around 🙂

He wasn’t excited about having to eat baby food or wearing a bib. 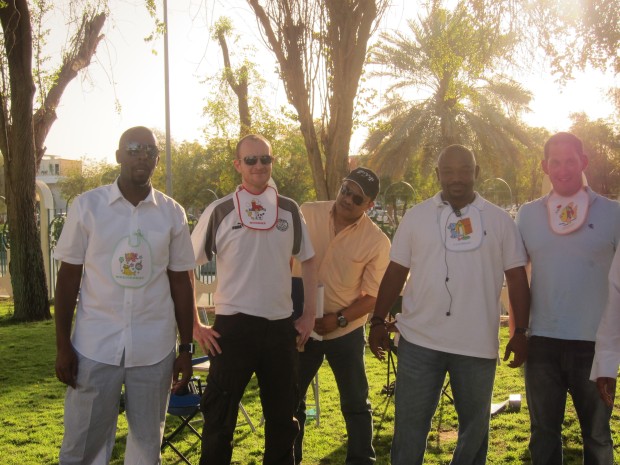 Neither were any of the other guys. 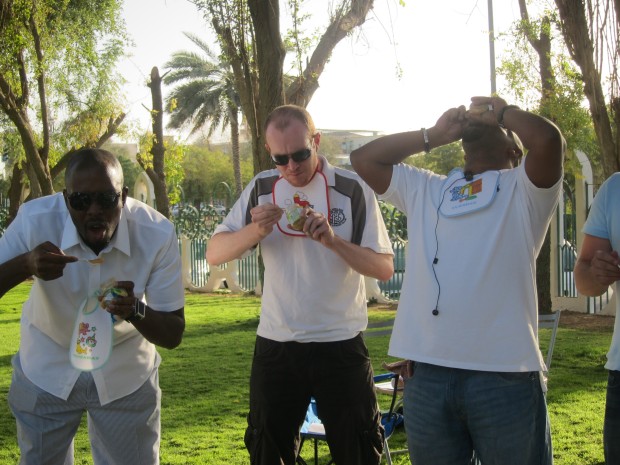 You can clearly tell from this picture who the winner was. This game made Terrence even more supportive of my making Mila’s baby food. He said that he couldn’t believe how nasty that jar food was. 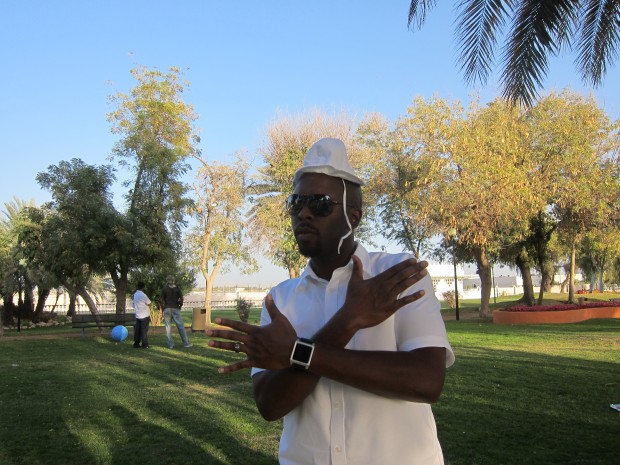 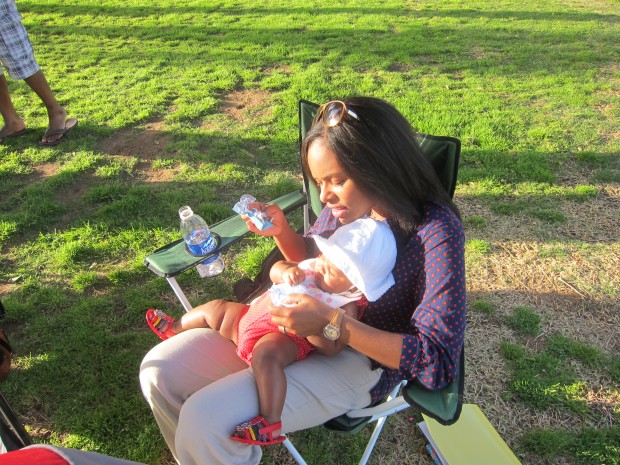 Check out those thighs! She is super juicy!

Mila picked the raffle winners. One prize was a meal for two and the other a bottle of alcohol. When given out, it was two frozen dinners and a bottle of rubbing alcohol. Not sure if I deem this clever or cheap.

3 thoughts on “A Baby Shower”

Because sometimes you want to talk about more than baby poop.